Clarence Cullimore was one of the most important architects of Bakersfield, because of his day job as the architect and draftsman instructor at Kern County Union High School (later known as Bakersfield High School). The architecture program was one of two unique high school programs in Southern California to bridge the link between the early 20th century Beaux-Arts tradition and the expansive mid-century modern style. For forty years, Cullimore educated students in vocational freehand and mechanical drawing, which in turn created a pool of talented architects and draftsmen, many of whom in turn went to the premier school of architecture at that time, University of Southern California, that was readily available to take up the postwar building boom. Cullimore was modest about his impact on future architects and draftsmen, stating in his application for AIA fellowship that in the field of teaching, he did “not claim unusual distinction in this field” (AIA Membership File for Clarence Cullimore Sr.). Interestingly, none of his fellow architects who recommended his fellowship mentioned his long teaching career in a rather unique architecture program.

Cullimore, like Biggar, was an Illinois boy, born in Jacksonville in 1885. Instead of studying abroad, Cullimore attended the University of California in 1910. Cullimore served for a year in WWI. After nearly fifteen years after receiving his degree, Cullimore applied for membership to the American Institute of Architects (AIA), which was accepted in 1927 (AIA Membership File for Clarence Cullimore Sr.). For a time, Cullimore partnered with Edwin J. Symmes in Bakersfield, and together in the late 1920s, constructed several school buildings (Architect and Engineer, Volume 97, no. 1, page 106). Architect and Engineer profiled a sampling of their schools in the May 1929 issue, as well as the Oriental Cafe in Bakersfield (put in picture here). Symmes and Cullimore dissolved their partnership in 1930, when Cullimore and his wife went on an extended vacation to Spain, after which Cullimore would practice architecture solo in the Haberfelde Building (Architect and Engineer, Volume 101, June 1930, page. 111).

In 1942, a committee of architects in California nominated him to a fellowship in the AIA for his contributions and research in regards to using adobe as a medium of high architecture, as well as a type of building construction that could be used in an age of concern about earthquake safety in bulding construction (AIA Membership File for Clarence Cullimore Sr.). Cullimore was such a champion of adobe construction that he wrote several books and articles on the subject, and even constructed his personal residence in the style.

In 1955, Cullimore ended his architectural career, and traveled to South America by boat, and had returned to Bakersfield by 1960. 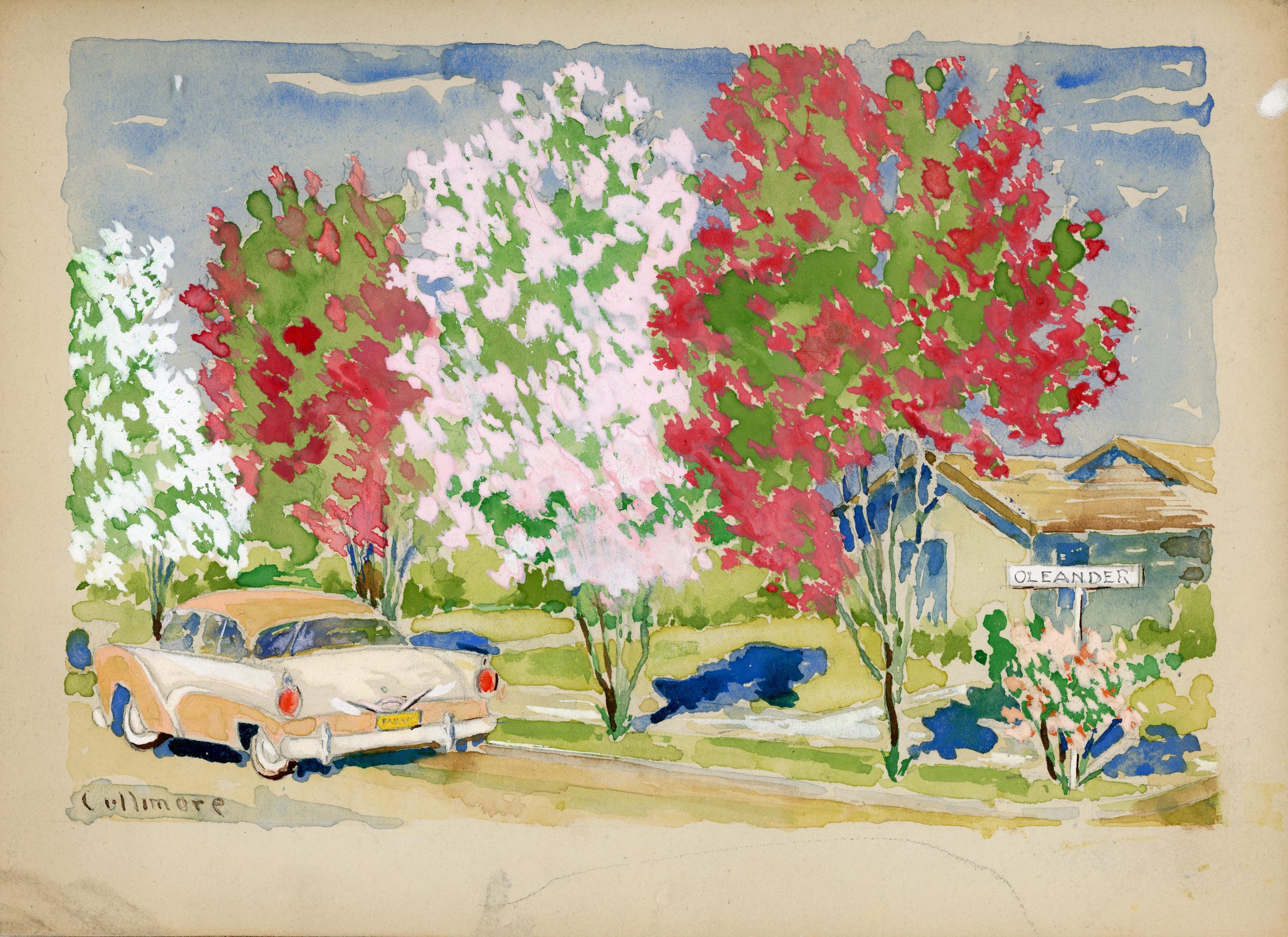