All covenants, or legal agreements on the conditions of buying, owning, building, or selling homes were racially exclusive. These “agreements” were conditions of collective owning in neighborhoods. The conditions and restrictions created limited geographic access to renters and homebuyers. The limitations created uniform behaviors, and they were made to encourage racial and economic homogeneity by having visual similarities, usage, square footage, yard setback, and financial value. Modern homes can also have these constraints, but in the past, covenants banned certain races. Covenants also had additional limitations, as the tract’s restrictive agreements had multiple sections and specific bans contained within them. Ideas of desirability influenced the first nine sections of the legal agreement. Besides race, the rest were all economic limitations. For example, restrictions included limits on home use, where no trade work or noxious buildings were allowed on the property lot. Additionally, only single-family homes were allowed with neighborhood committee approval and value of property and square foot size. These were the requirements to build a home. The categories allowed future owners and sellers to advertise to the race and the socioeconomic class they approved. These restrictions had a profound impact on neighborhood demographics by limiting purchases to white middle-class families.

White only neighborhood communities proliferated because new homes were legally segregated. Racially restrictive covenants, legal agreements between sellers and buyers, forbade the selling of new homes to minorities. Legal race controls, in part, helped create minority-dense neighborhoods. These legal agreements limited opportunities for minority residents to leave older neighborhoods and limited the geographic availability of older and dilapidated homes. The opening of older neighborhoods resulted in more racially homogeneous tracts in this geographic space. Minority residents were often only given the option to buy in already minority-populated neighborhoods, which for the most part, did not offer the same modern sanitary facilities or modern investments. “White Flight” created housing availability and opened homes for sale. These markets, however, allowed for predatory lending and selling of dilapidated homes.

The Federal Housing Administration was established in 1934 as a New Deal Program. By 1938, the FHA Underwriting Manual recommended the use of racially restrictive covenants to developers and real estate agents to protect racial homogeneity in the name of financial investment. Below is a page from the Underwriting Manual, published in 1938.

Kern County experts Donato Cruz, Jesus Garcia, Lori Pesante, Harveen Kaur, and Traco Matthews discuss the process and history of redistricting, their research and involvement in Kern County, as well as the effects redistricting, has had on BIPOC Communities. Panelists discussed the redistricting process and practice of redlining and how both affect BIPOC (Black, Indigenous, and People of Color) communities. Recorded October 20th, 2022, at the Kern County Library.

The Walter W. Stiern Library hosted an interdisciplinary panel discussion: “The Sound of Something Better,” A Legacy of Racial Injustice in Bakersfield. This panel addressed racial and religious inequalities in Bakersfield and surrounding communities. The presenters were Donato Cruz, Carolyn Lane, and Eileen Diaz. Topics included Bakersfield housing redlining. Recorded on October 26, 2022, at the Walter W. Stiern Library.

In 1948, Shelley v. Kraemer, a U.S. Supreme Court case, held that racially restrictive covenants in real property deeds which prohibited the sale of property to non-Caucasians unconstitutionally violated the equal protection provision of the Fourteenth Amendment. While Shelley v. Kraemer overturned the “enforcement” of racially restrictive covenants, contracts still included race restrictions until 1950 when the FHA announced that it would not finance homes that had racially exclusive agreements. This did not end housing segregation and it was not until 1968 when the Fair Housing Act was passed, the last Civil Rights Act of the 1960s. Housing inequalities continue to this day.

The Condition of Segregated Housing

List of all tracts organized by date of establishment, including developer names, covenant notarized date, and tract number or name. 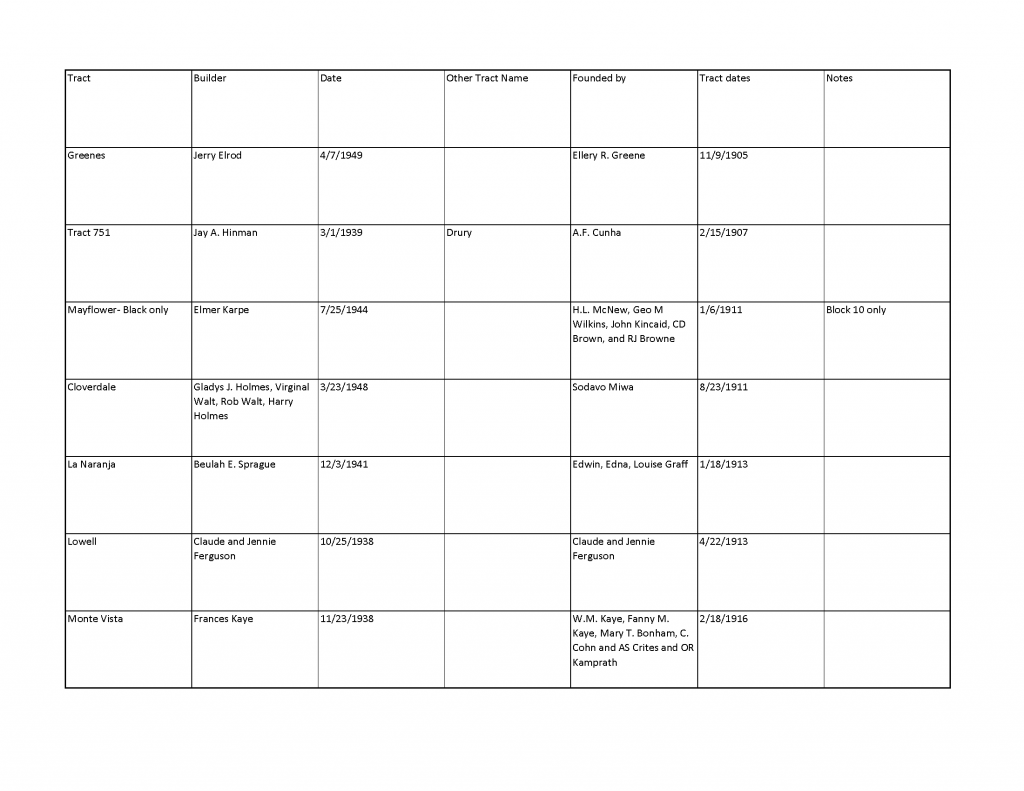 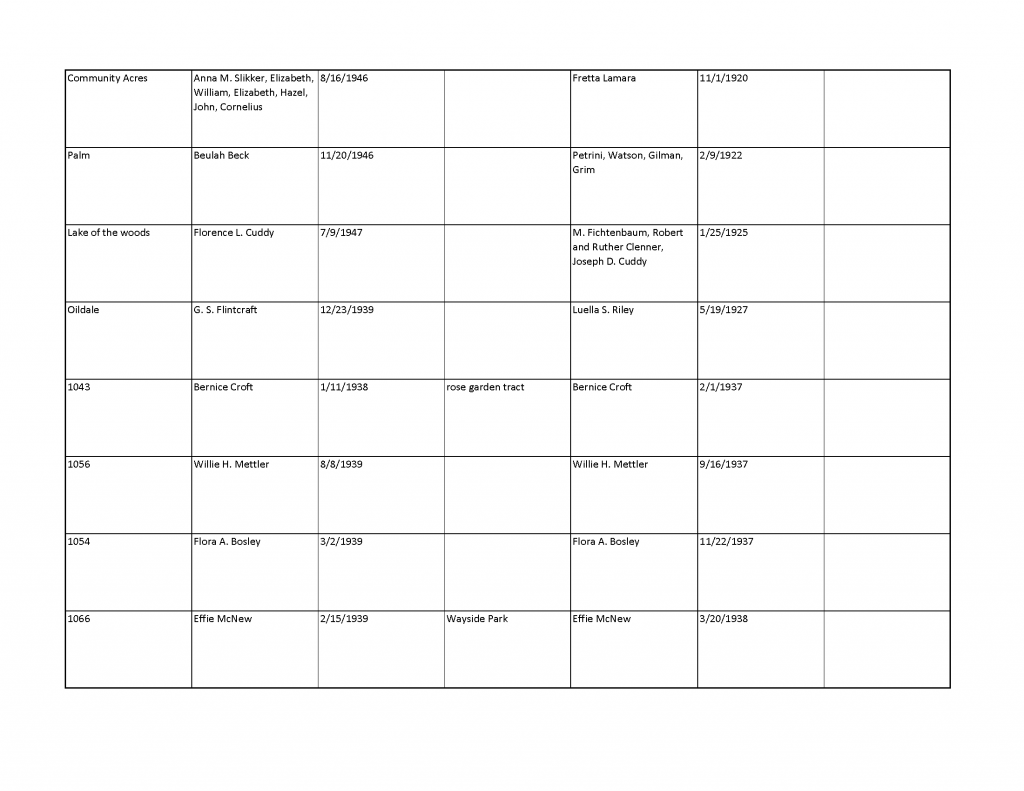 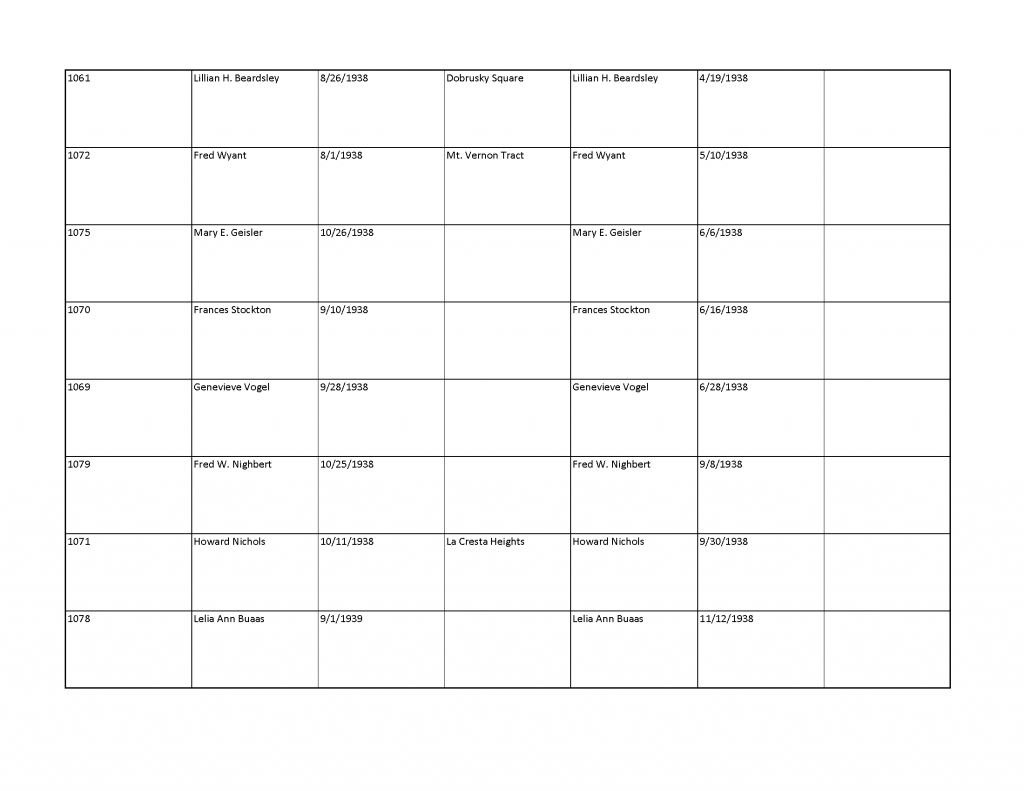 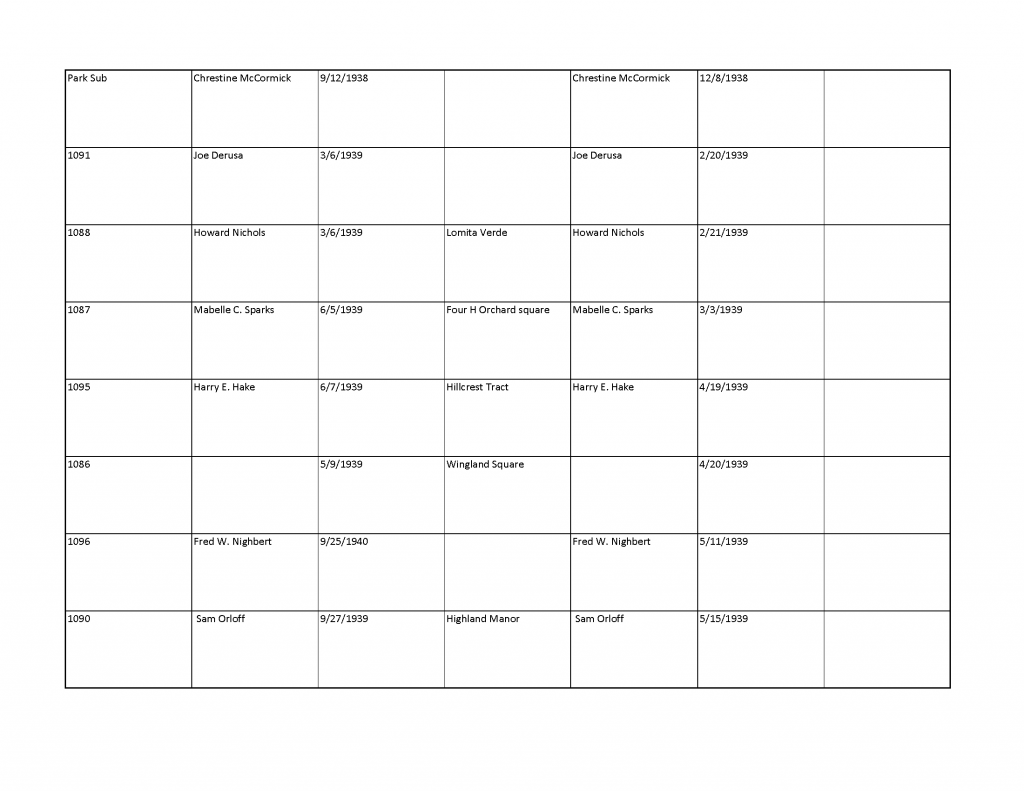 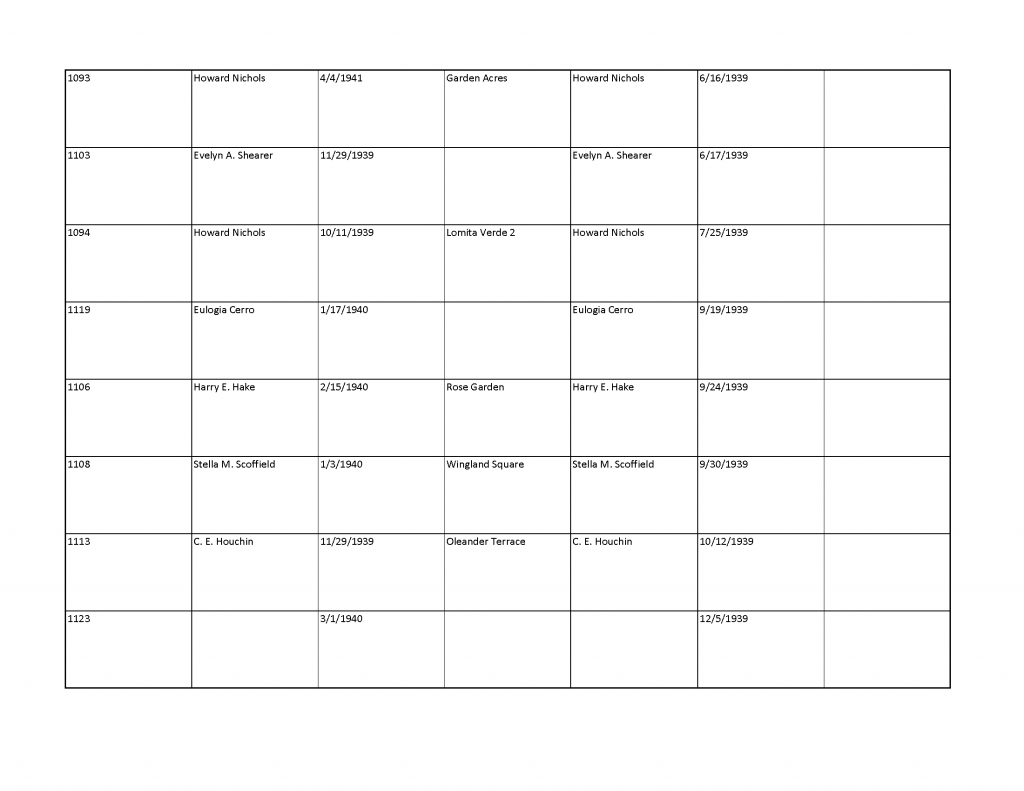 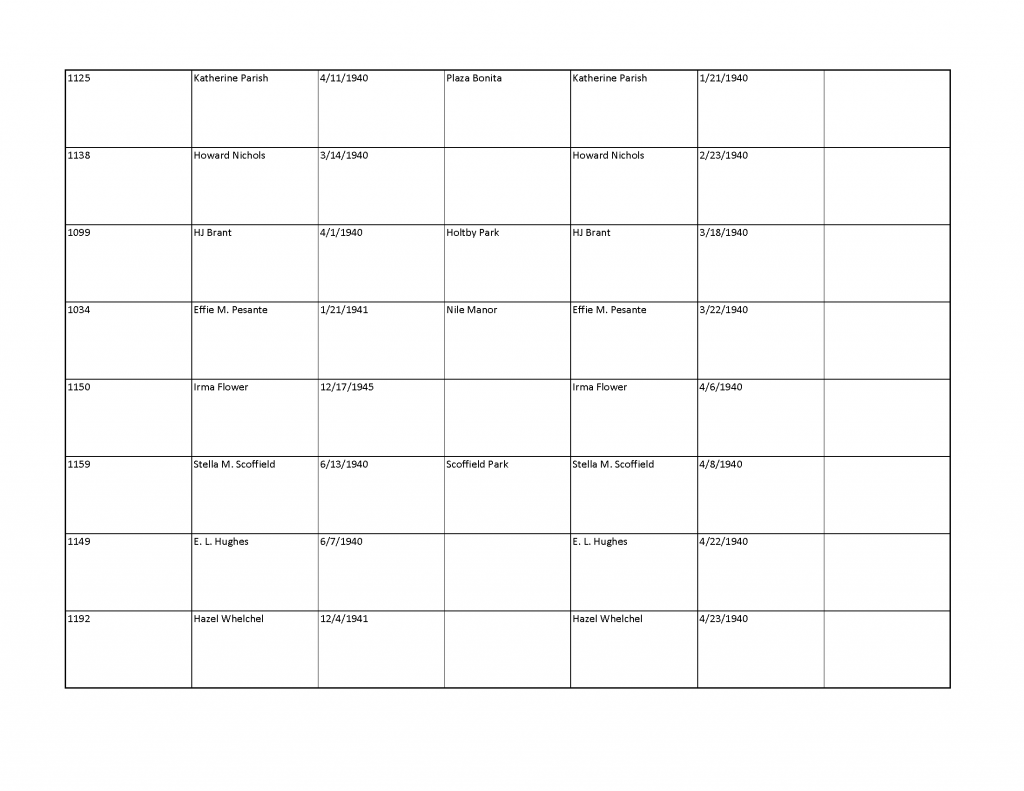 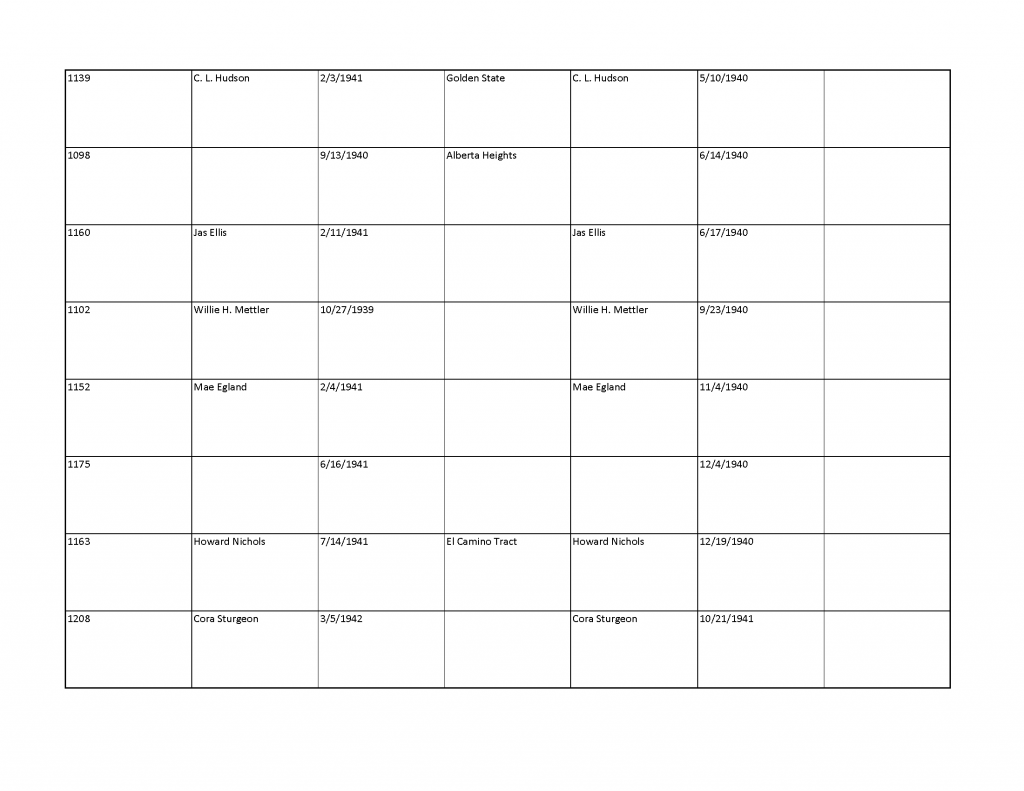 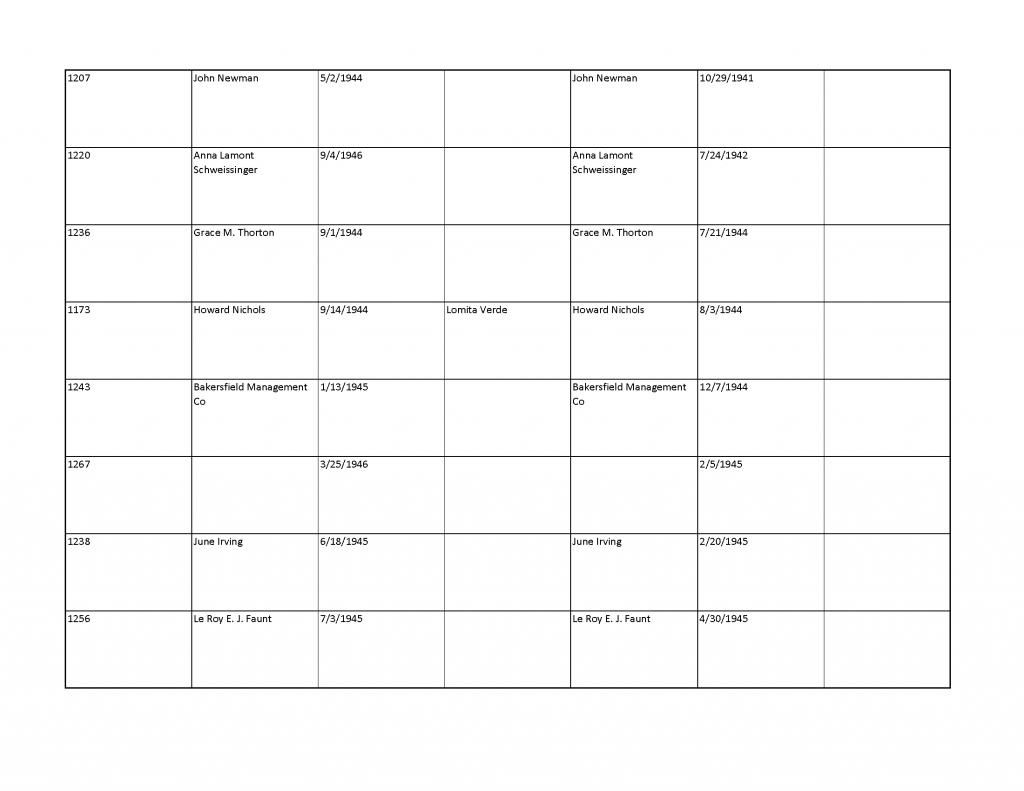 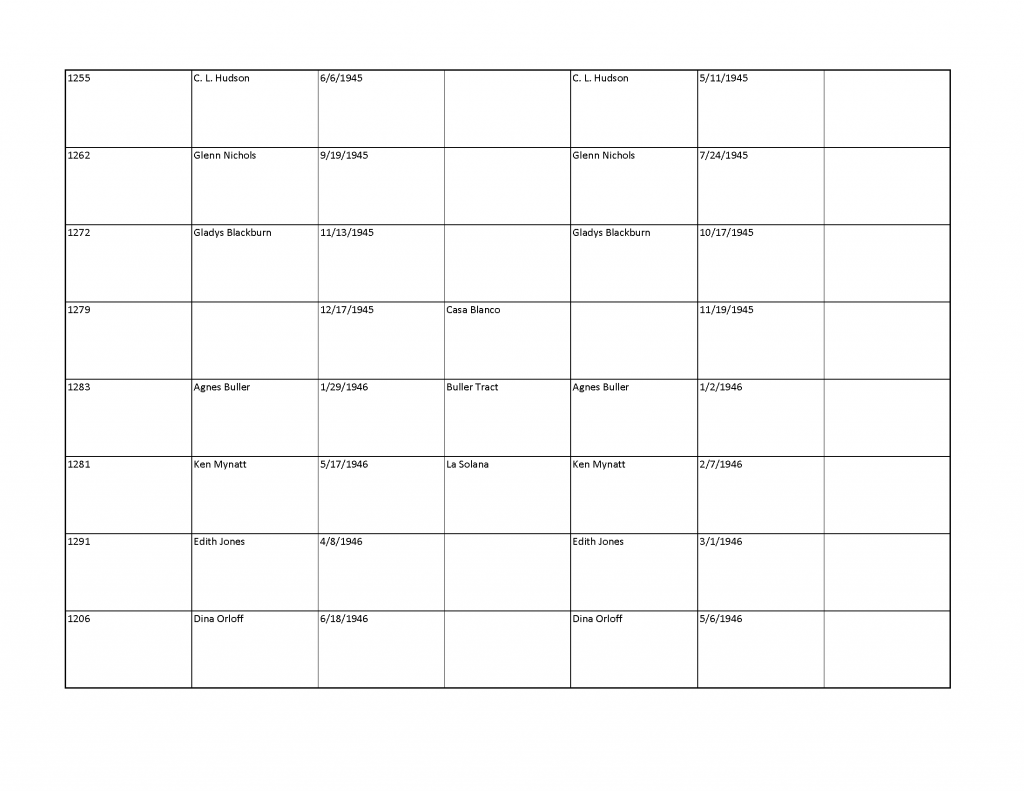 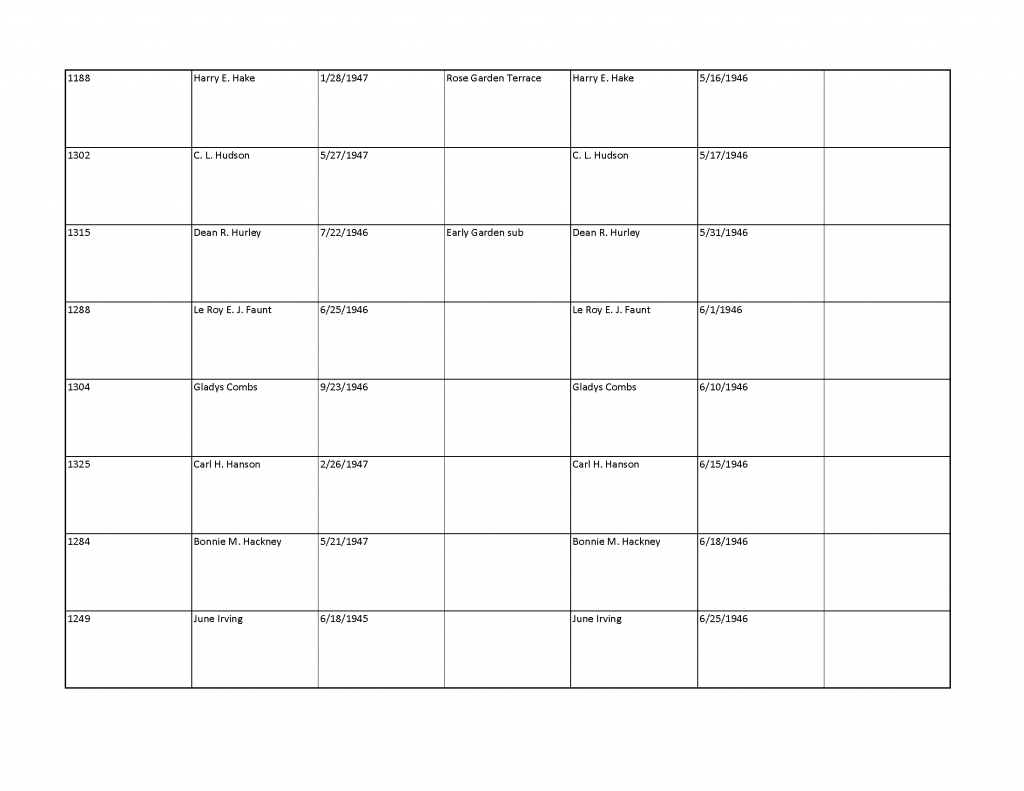 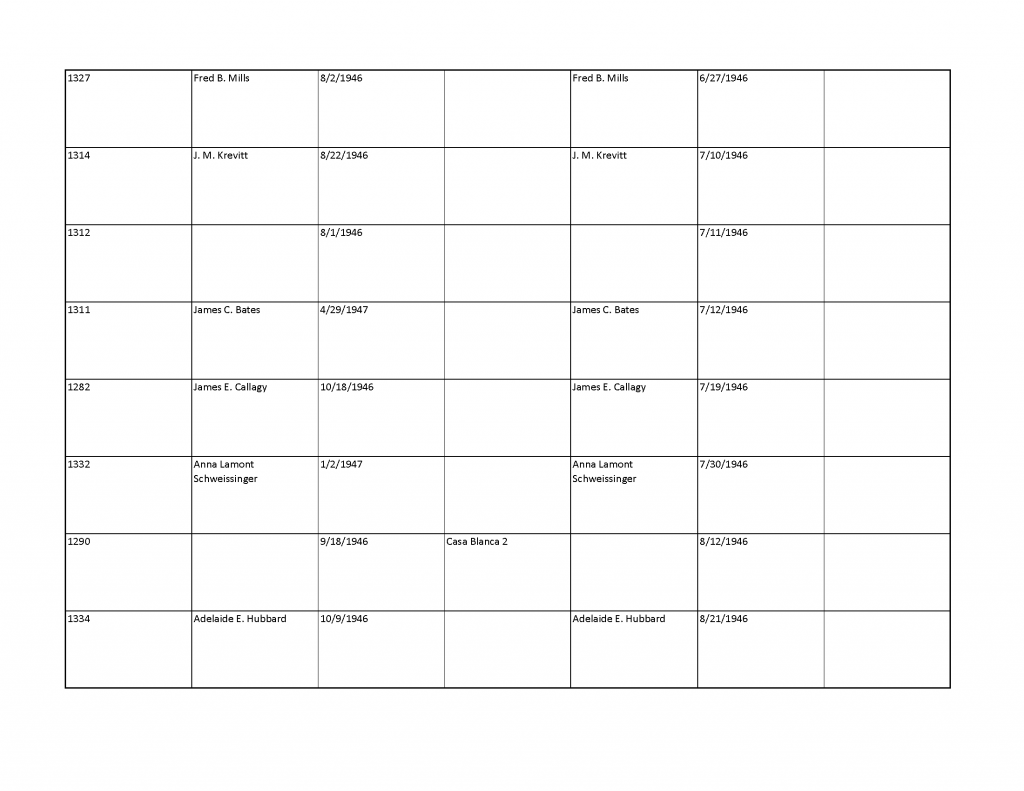 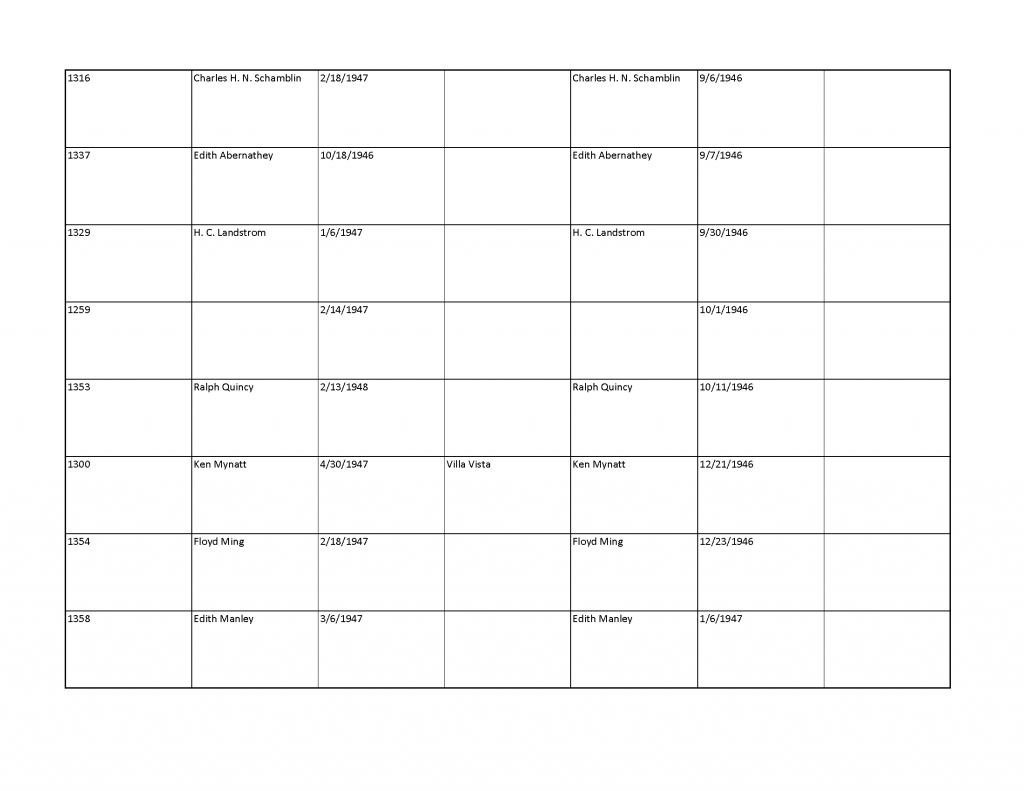 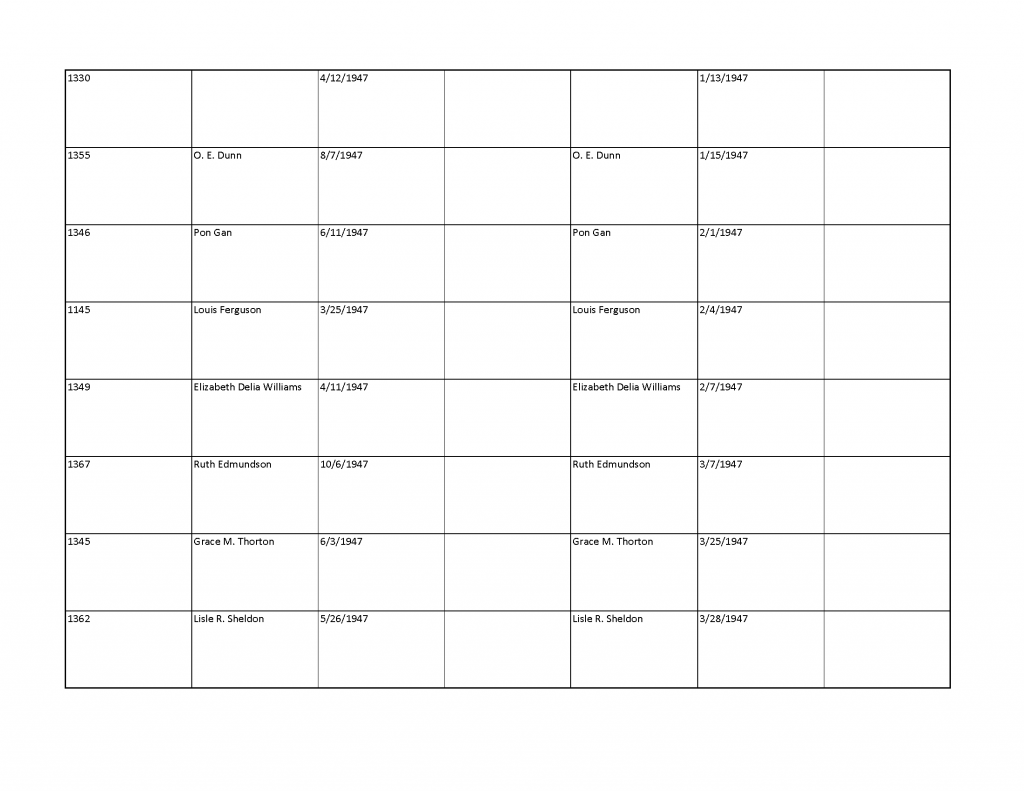 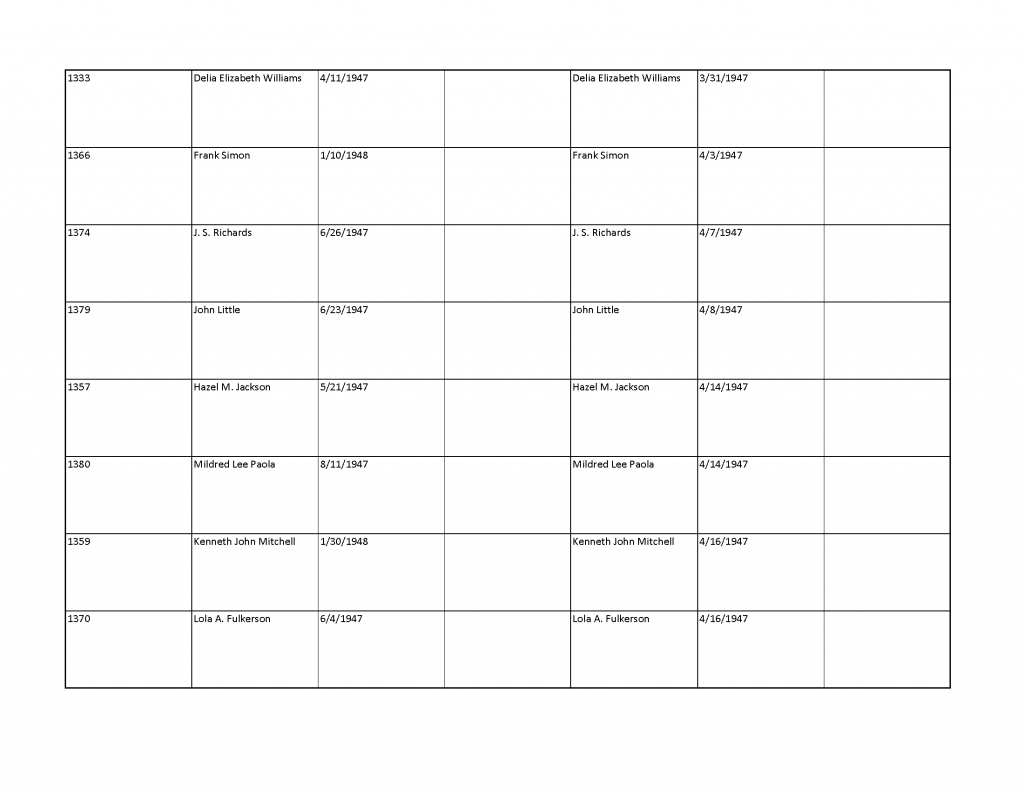 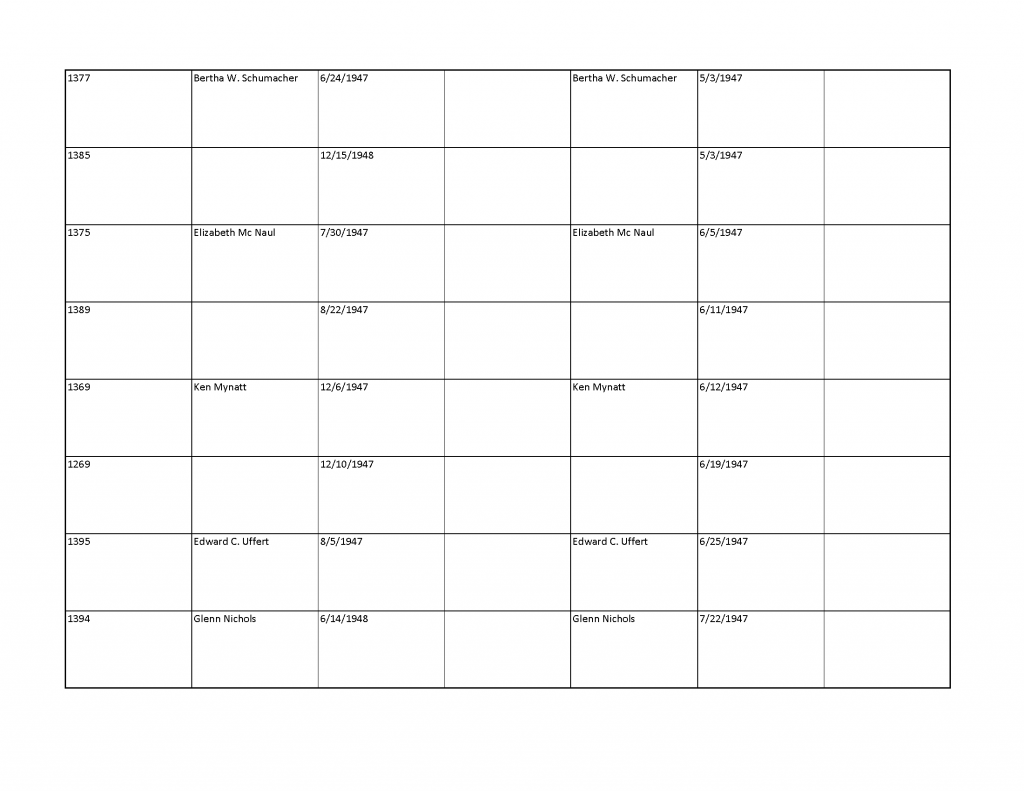 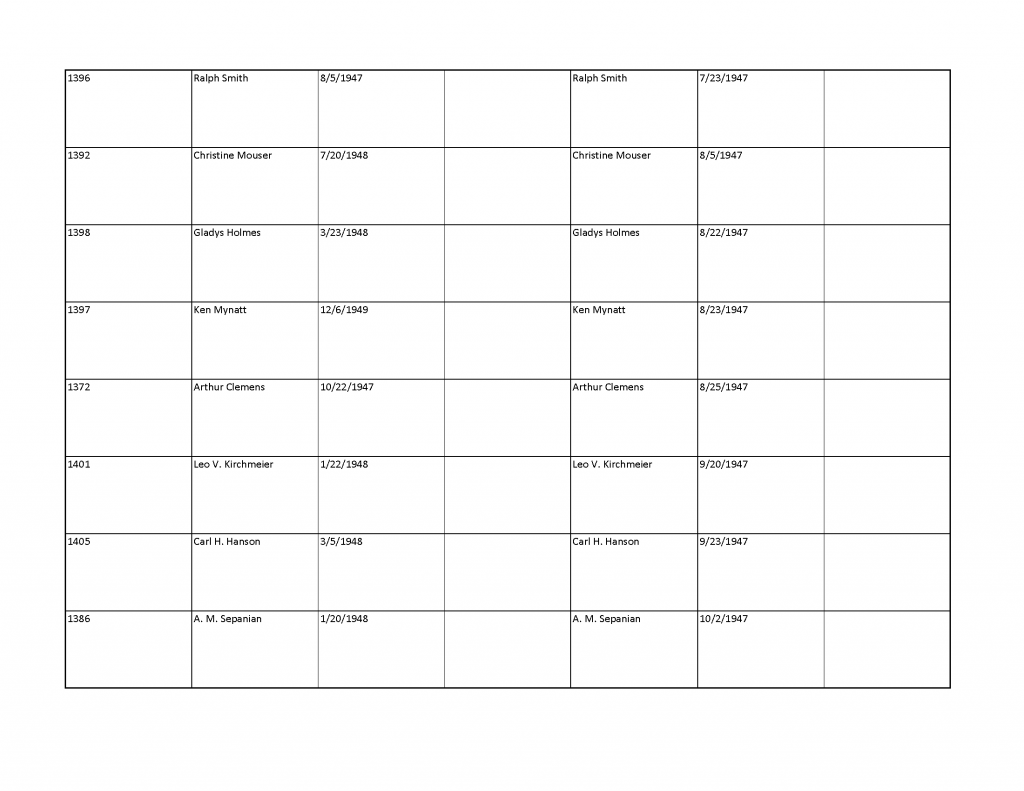 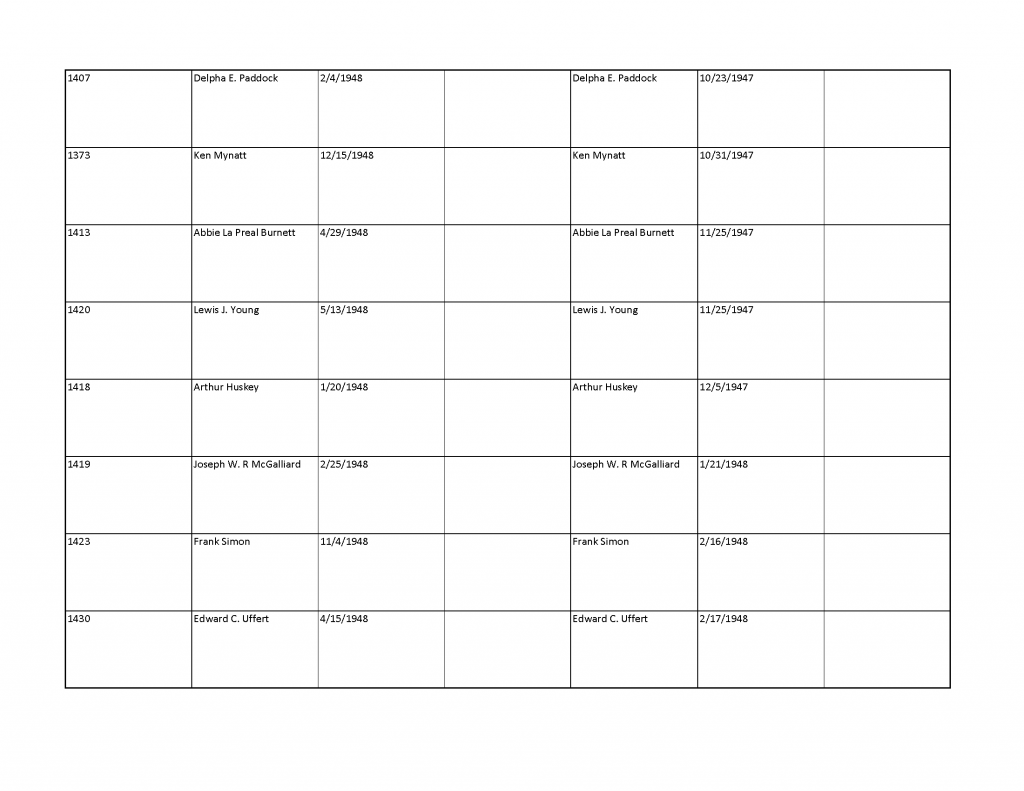 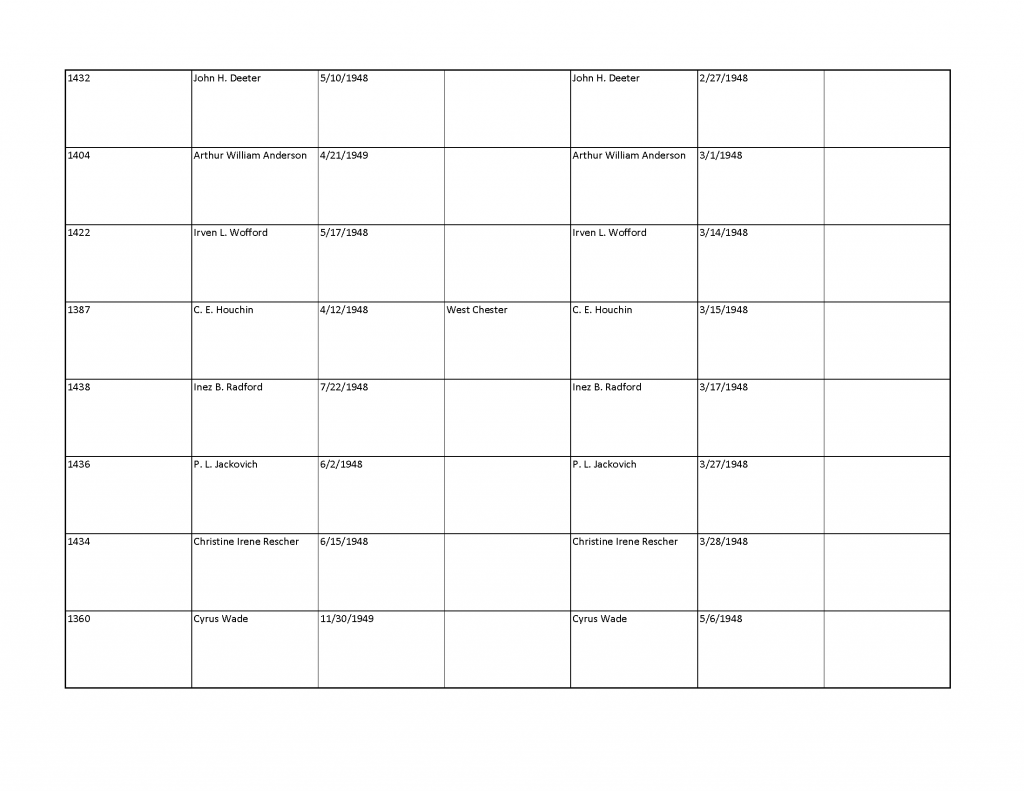 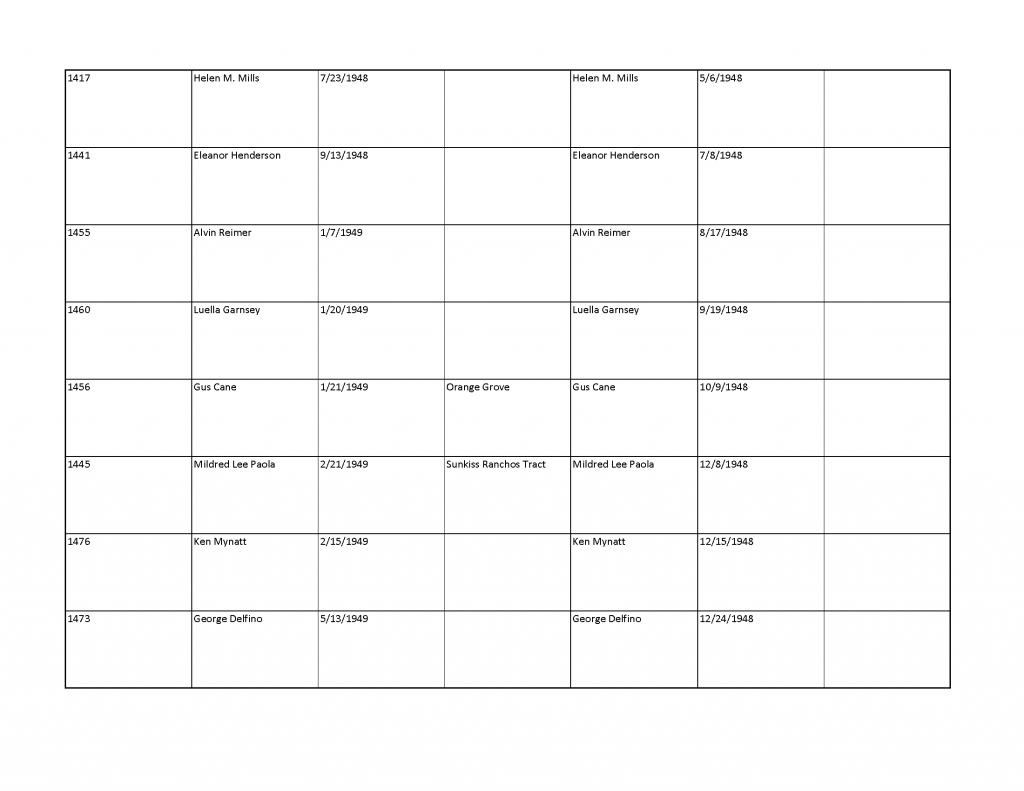 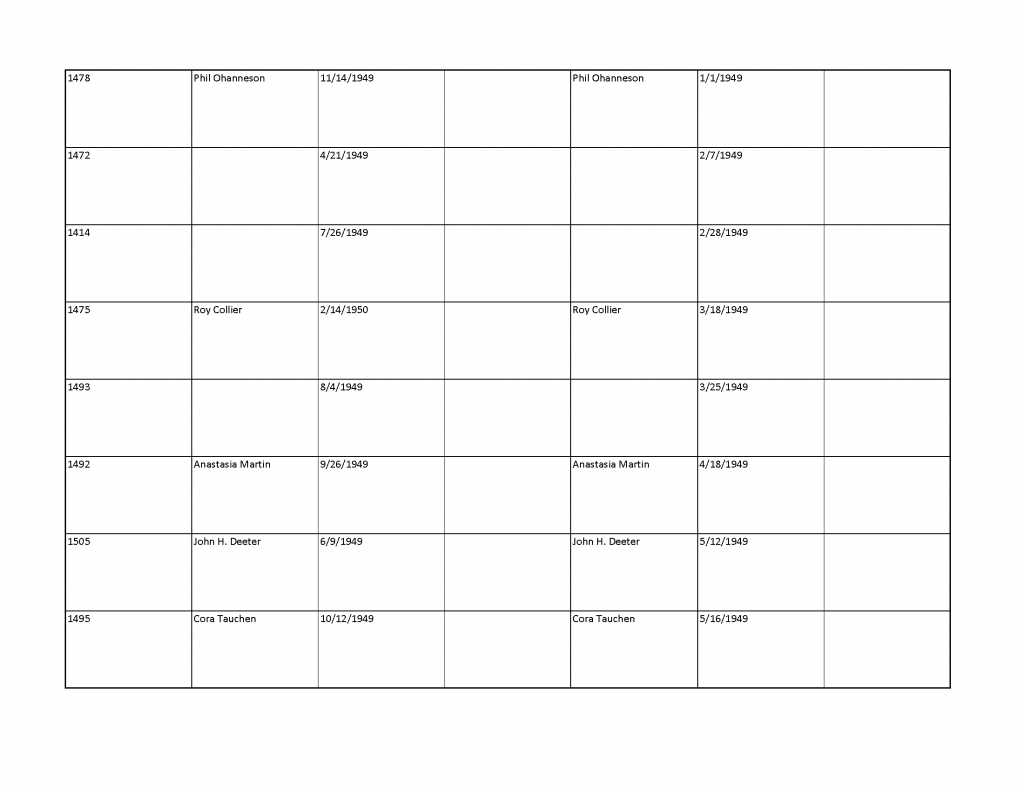 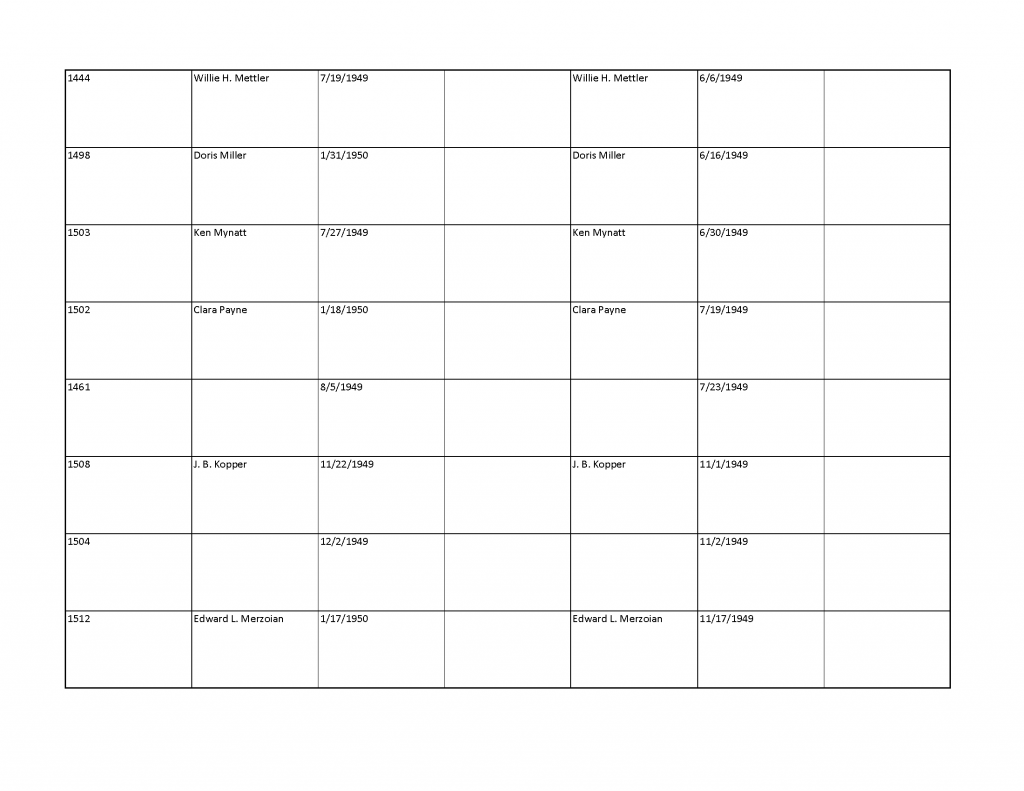 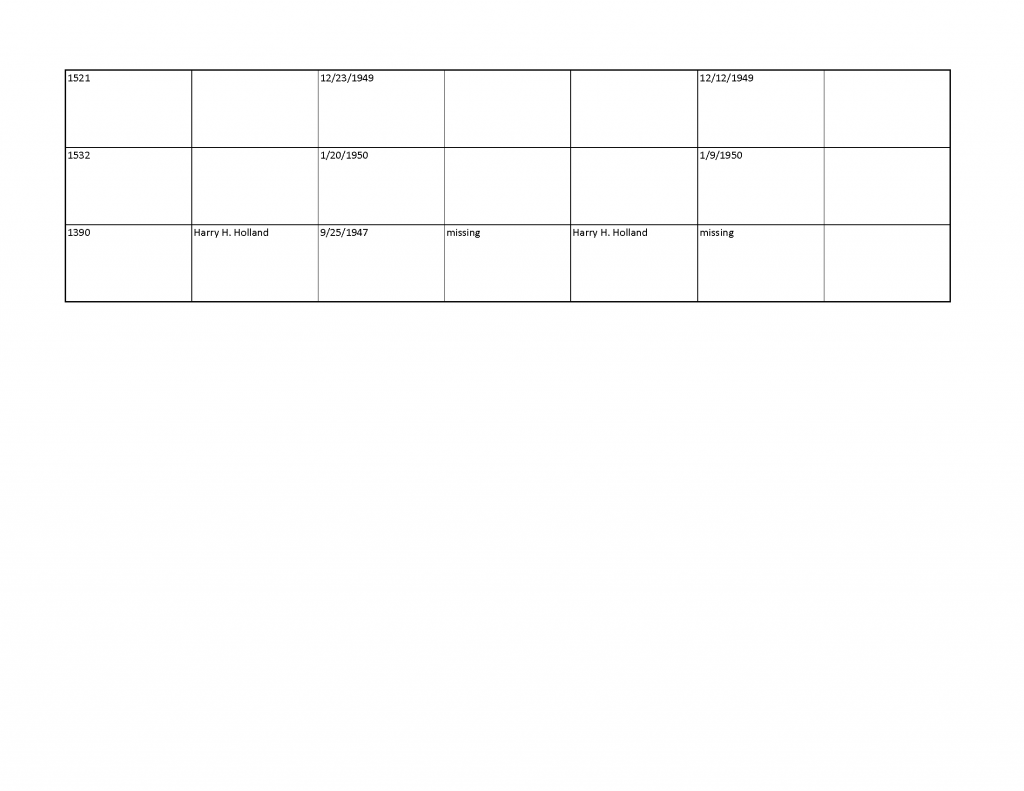